Broadleaf fundamentally reimagines how people work together towards achieving a goal. It is a standard, built from first principles, that describes values, provides concrete specifications, and the tools for organizing work effectively.

Broadleaf aims at making work highly targeted and efficient, at reducing friction, and at creating the high levels of autonomy and flexibility that are needed in order to solve sophisticated problems.

What that means in particular, and how this is achieved, is summarized in the Values and Vision section below.

The goal of the Broadleaf Initiative is to define the Broadleaf Standard, consisting of values, concrete specifications and tools that will allow its vision to come to life, and to make it openly accessible.

We are applying the Broadleaf Standard to all PlantingSpace projects, and use the learnings to improve the standard. Furthermore, we invite anyone who is interested to contribute their ideas and experiences.

This graph shows the outline of the Broadleaf standard. Click on the image to access the graph in order to collapse or expand nodes and read attached text files. We are adding descriptions as we develop them. If you are interested in receiving regular updates, please sign up to the PlantingSpace mailing list. 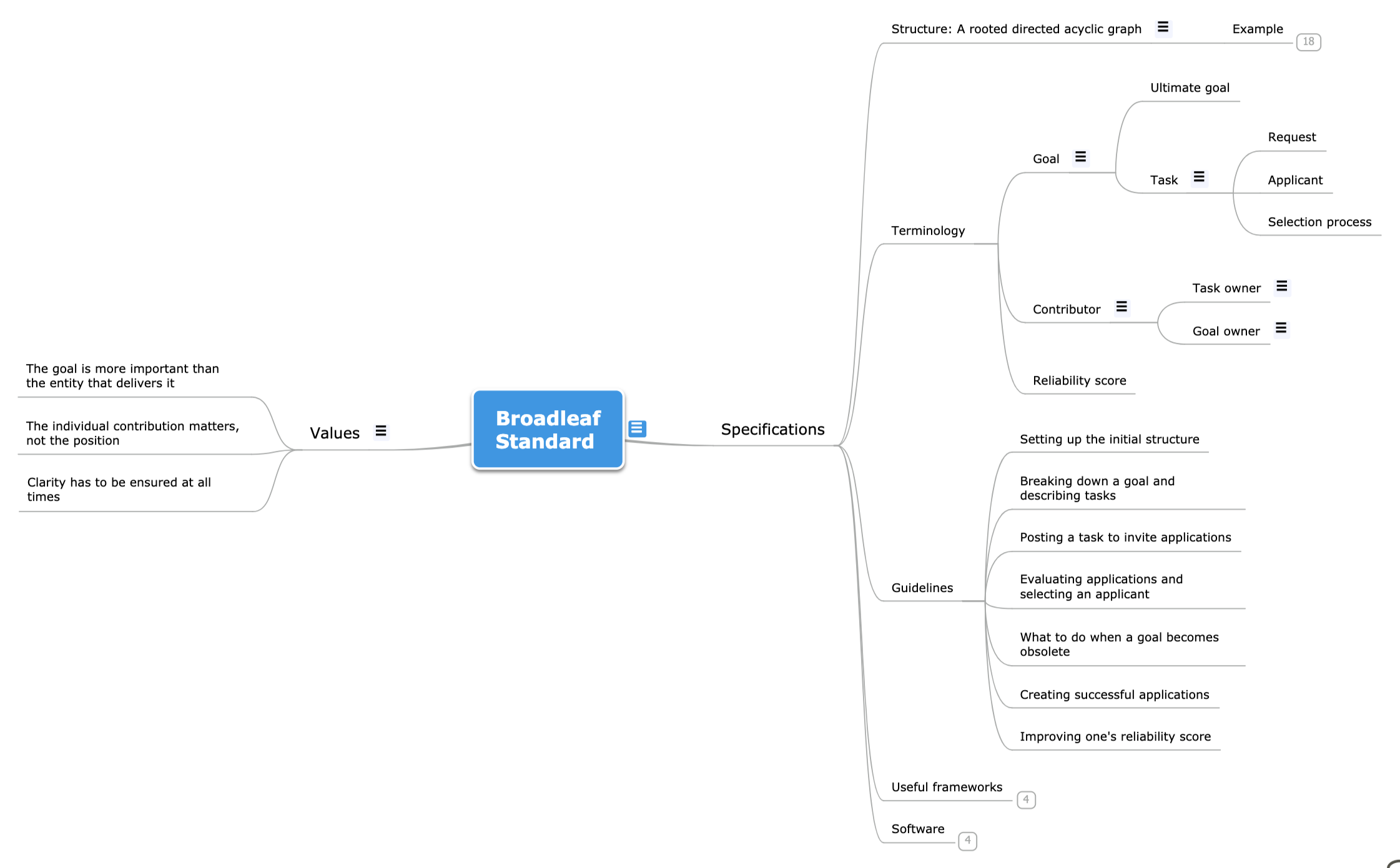 # The goal is more important than the entity that delivers it

The first value determines the purpose of the organisation, and affects the mindset towards the allocation of resources, and towards competition. It also frames the motivation to join such an organisation.

# The individual contribution matters, not the position

The second value determines how professional growth is defined, how people find their place in the organisation, and what is really valued, and paid for.

# Clarity has to be ensured at all times

The third value emphasizes the importance of clarity as an enabler for good communication, frictionless interaction, and ultimately for efficiency.